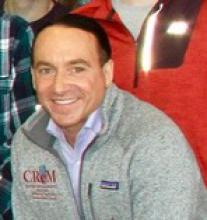 Dr. Murphy undertook his undergraduate education in Biology, at Trinity College in Hartford, CT where he also served as the sports trainer and nutritional consultant for many of the athletic teams.  Following a move back to his home state of California, he conducted research at the University of California at San Francisco where he was a consultant for NASA and received an Achievement Award for his studies centered around the SLS 2 Life Sciences Space Shuttle Mission.   Dr. Murphy received his doctorate in Molecular and Cellular Biology from Oxford University in the United Kingdom where he was named the Mary Lundt Scholar in Biology.  Returning to the United States, Dr. Murphy then conducted his post-doctoral studies in the laboratory of Richard C. Mulligan, Ph.D at Harvard Medical School and the Children’s Hospital in Boston, MA where he functioned as a Fellow in Molecular Medicine responsible for the design, development and implementation of stem cell and gene-based protocols aimed at combating hematopoietic, immunologic, and musculoskeletal disease.  Having been recruited to Boston University as an independent researcher in 2010, Dr. Murphy now heads a laboratory composed of dynamic and passionate young researchers who utilize stem cell biology and regenerative medicine to combat blood-borne disease.

Dr. Murphy has produced numerous peer-reviewed articles in high profile journals such as Nature Medicine, Blood, the Journal of Clinical Investigation, and the Proceedings of the National Academy of Sciences and is a 2011 American Society of Hematology Scholar Award recipient.  He regularly speaks at schools in the Boston metropolitan area and beyond in order to inspire today’s youth concerning a future career in the sciences.  A wholehearted believer in the connection of the mind and body, he is also an avid rock climber and natural bodybuilder. 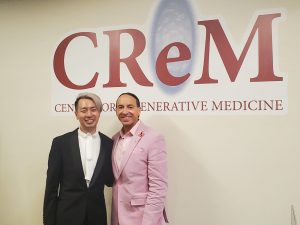 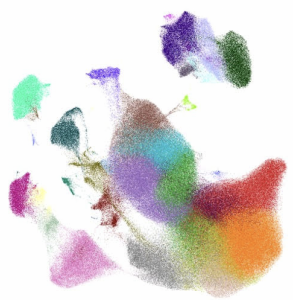 Kim’s new papers accepted in the Nature Communications and Cytometry A!

Congrats to Alex for being awarded an NIH NRSA F31 grant!!